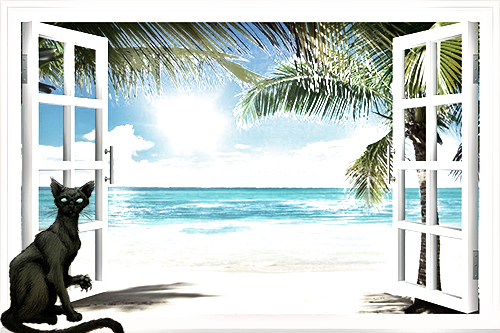 I have changed the name of my blog. It really didn’t have a name before, it was simply my author blog. The place for me to talk about my books, issues my characters encounter between the pages, writing in general, etc. And that hasn’t changed. The reason for the change came about due to a few factors. First, the blog was tied to the LK Griffie domain, which is for my children’s books, but the books being published now are under Liana Gardner, so there was a little bit of a logic issue because I cannot tie it to both (and I’m not blogging separately for each name.) Second, and probably the more compelling reason, arose out of what I’ll call a somewhat lively discussion between my lovely agent and mentor, Italia Gandolfo, and me. I won’t go into the nitty gritty of the discussion because it would take me forever, and that isn’t what this post is about. In general the discussion was over reviews and some of the comments made in those reviews.

Let me just say that I don’t pay attention to reviews … no, really. I cannot tell you how many there are on Goodreads or Amazon or any other retailer. I also cannot tell you what they say. The only time I even see them is if I need to look at the product page for any reason. Otherwise, unless someone tells me about it, I don’t know. So when Italia mentioned something about a statement made in a review of 7th Grade Revolution and to keep it in mind for The Journal of Angela Ashby, I hadn’t seen the review and my response was that they are different books and what the reviewer had commented on wasn’t intended to be a part of 7th Grade Revolution, but that it already was handled in The Journal of Angela Ashby.

It’s like trying to shame a cat for not having the characteristics of a dog.

The cat is going to squint its eyes, think of ways to murder, and do nothing to change the fact that it is indeed, a cat.

In the reverse, the dog will scurry around trying to figure out how to increase its catliness and will be worried and seeking approval.

When it comes to my writing — the thing I do I am most passionate about — I write the book I have envisioned to the best of my ability. There isn’t a single book I haven’t pushed myself on to make the best it can possibly be — but once it has been released, it is out in the world and I cannot run around explaining to all who read it why I made the choices I made. It either comes across well, or it doesn’t. I make no apologies for my work … ever. If I missed the mark, I missed the mark, but I’m going to do my best to hit it the next time. And no book is ever going to hit everyone the same. Why? Because the readers are a huge part of the experience, and we each have our own tastes and no one book is going to satisfy everyone.

Before I got off my soapbox and put it away, I wound up telling Italia that instead of being bothered by anything she sees in the reviews, she needs to Be the Cat. Because I am. At that point she told me it needed to be my blog. 😉

It has since become a running joke between us. We all need a bit more cat when it comes to other people deciding what we should or should not have done. And the truth of the matter is, it wasn’t that the reviews were terrible or saying the book wasn’t well-written, it’s just that the reviewer wanted to see something more that I CHOSE not to put in. It was a conscious choice on my part during the writing process. So one or two (adult) readers are disappointed … I’m sorry about that, but I stand on the ground that I write for my target audience who are kids, and had I included what an adult felt was lacking, the kids would not have enjoyed the experience as much. In my opinion, but then again, I am the cat.

Does this mean I’m not open to constructive criticism? Absolutely not. I am always striving to improve my craft, and if I’ve completely missed something, then I do want to know about it. But, if what was “missed” is something I did with deliberation and not through ignorance or oversight, it was a choice I made for my work and I’m standing by my choice. Overall, with the reception 7th Grade Revolution has had, I feel pretty good about my choices for the book. Not only has it won some awards, but every kid I have spoken to who has read the book has loved it.

I will leave you with these words … if there is something you are passionate about, think about the cat when the cat has a goal. The cat is consumed by what it is trying to achieve; it remains undaunted in the face of obstacles; you can tell it, “No!” a hundred times, and it might twitch an ear and wait for you to get tired, but it never once loses sight of its goal. This is how we need to approach those things we are passionate about … ignoring the naysayers, keeping our focus, and being persistent until we figure out how to best achieve our goals.