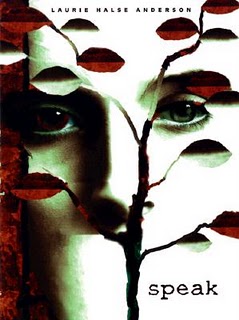 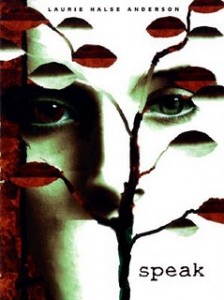 I want to start by saying I find the banning of books abhorrent in every way. Along with so many others, this is a post I never thought I’d write. In fact, I almost decided not to after reading the other posts. So many have gone through such harrowing experiences, so much more awful than my own, my heart has broken reading them many times. But then I realized, if I did not write this post, Wesley Scroggins wins a small victory, he has kept one person silent – that is simply not acceptable. So… I am a rape survivor.

I don’t like to use the word victim when referring to my experience. Victim in today’s society has some connotations I’d rather stay away from, and there is the current trend to blame the victim – I am not to blame. I am a survivor. It may seem strange to say, but there are several things I am thankful for with my experience. I was an adult at the time it happened. It was a single occurrence, and not a ritual molestation by someone who was supposed to love and protect me. The person who violated me wasn’t someone posing as a friend. My memory of the act itself is hazy.

My experience happened in the home of a friend of a friend. A group of us got together and went out to have a little fun and when we came back to the house, everyone crashed…or at least that was the idea. I was on medication at the time which caused me to sleep heavily. Apparently, someone fully clothed, sleeping on a sofa bed in the same room was enough of an invitation. By the time I awoke, it was too late.

Even as an adult, my first instinct was to keep quiet. I wasn’t physically hurt, so no one had to know. Then, after a few days, I got mad. He didn’t have the right to take advantage of me, he didn’t have the right to get away with it, and if I didn’t speak up, he would do it to someone else – and I couldn’t live with that. So, knowing too much time had passed, knowing the physical evidence was gone, I went to the police. My reason? I wanted them to know so there would be a file against this guy to help corroborate the claim of the next girl he assaulted. And I went back to the place it happened, knowing he would be there and confronted him directly. (I took a friend with me for back up.)

At first he denied, told me I was crazy, and then uttered the words which proved the sickness of his mind. “But you wanted it.” By the way, confronting your attacker is not always wise, and I don’t recommend it, except for in protected circumstances – hopefully when the attacker is in custody. Confronting him was what enabled my healing to begin. The embarrassment went away, I was able to tell people what had happened and not feel like I had to defend myself for being asleep. I sought out counseling to further help me deal with the situation. And by confronting him, and letting him know I had been to the police, maybe it would make him pause before doing it again to someone else.

One of the things which angered me, and still does today, is how I became a statistic. And the statistic is too high. I grew up knowing my aunt was part of that statistic, and always told myself it wouldn’t happen to me. But it did. My mother also suffered from the ritual abuse by a close relative, and I have gone through the experiences with her because she suppressed them as a child, believing she always talked her way out of it. It wasn’t until she was an adult and the memories could stay suppressed no longer that she realized she didn’t talk her way out of it.

I will always be thankful that my mom believed in allowing me to read widely and didn’t censor any of my reading material. Because I read of girls who had been raped (although Speak was not out prior to my experience) and knew they were not to blame, because I read about their reactions to the experience and those of their peers, and because I have always been able to discuss anything with my mother without fear of being judged, I was able to deal with my experience from a position of better knowledge. Does it mean that I came through unscathed? Absolutely not. No one who has been violated remains unscathed. But I was able to understand the feelings and issues as they came up; the embarrassment, the “if I’d only…” cycle of regrets, the anger, and most of all the feeling of guilt. And beyond understanding, I was able to deal with them. Without books, like Laurie Halse Anderson’s Speak, I would not have been able to deal with the situation as well. And no girl or boy should be deprived of the opportunity to read and learn because of someone else’s limited personal opinion.

I’m going to guess that Wesley Scroggins doesn’t have personal experience himself, or a loved one, with rape. Because if he did, then he would understand how important it is to keep the issue in the schools. To show the kids that bad things can happen and they need to speak up and speak out. Or maybe he does, and this whole vendetta against letting parents make the choice for their own children is because he is afraid to speak.

For a list of blog posts related to this issue, visit the Reclusive Bibliophile.

18 Comments on “Speak Loudly: My Story”