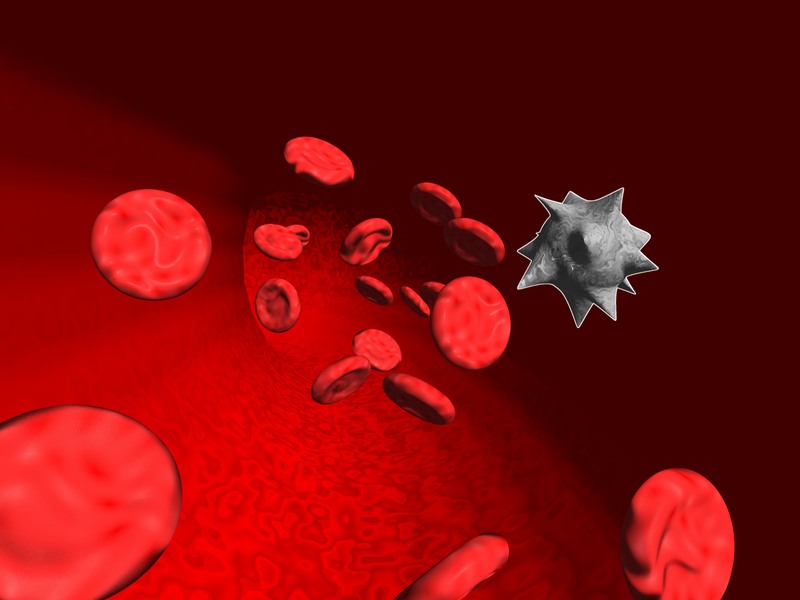 I recently went to the doctor because I knew there was something not functioning correctly. Sure enough, I had a flare up of diverticulitis. So armed with antibiotics and the doctor’s instructions to stay on clear liquids for the week, I returned home to battle it off. With the number of times I’ve had to do clear liquids, you’d think it’d get easier. It doesn’t. Then I returned after a week for the re-check and to review the blood results … and had a bit of a surprise waiting for me. The pre-diagnosis (which has now been confirmed) is Chronic Lymphocytic Leukemia (CLL). Not exactly what I was expecting to hear.

But while leukemia is an incredibly scary word, there is a bright side. CLL is the most benign form of leukemia around, from what I have learned so far. Normal life expectancy, minimal impact to quality of life, no treatment or chemo in early stages. So while no one likes hearing that they have cancer, what I heard could have been far worse.

I’m not a stranger to cancer… not for myself, but I grew up with it around me, and have known many wonderful people who have fallen to the horrendous beast. My early teen years were overshadowed by the possibility that cancer might take my father. He survived… for a while. Cancer did take him in the end. But through his example, and the people I was exposed to during those years, I learned many things. Doctors, while continually striving to increase their knowledge, don’t know everything. Before my parents were married, my father was given a prognosis of 5-6 years. They decided to marry anyway to enjoy the time they had together… which turned out to be 33 years. And yes, I’ve known cases that have gone the other way.

One of the biggest things I learned from my dad was that you can live in fear of dying, or you can pack as much living as you can into the time you have — because no one really knows how long that is going to be. My parents loved to travel, and Dad was the KING of the great travel deal. He’d find something advertised and the next thing I knew, they were off to Singapore, Paris, or Greece. And from both parents I learned, You can’t change what is, all you can do is accept and move forward.

So… that is what I’m doing. When the doctor gave me the diagnosis, I wasn’t terribly surprised. First off because he had laid down the blood work between us to go over it and the top number was the White Blood Cell count and one look was all I needed to know something was wrong. And secondly, because of my family history, I have been mentally prepared to hear a cancer diagnosis for years. The likelihood I would escape it was too slim, and mentally I’m always prepared for the worst, while hoping for the best. It has stood me in good stead so far. And while not pleased to have leukemia, I am very pleased with the prognosis, and the lightness of this particular variety. I wasn’t aware such a non-life threatening variety of leukemia existed.

Why am I writing this post? Because I don’t plan on keeping it a secret. When we keep secrets, it makes the thing we’re keeping quiet seem more threatening than it actually is, and the secrecy imbues it with power. I don’t want anything to have a hold over me… and I certainly don’t want to give any power to this disease. It will try to rob me of power anyway, and I plan to fight it at every turn because that is my nature. And I’m talking about it because Leukemia is a scary word, and maybe through talking about it we can make it less scary. In telling people about the diagnosis, I have heard “you’re so brave” or “You don’t have to put up such a courageous front.“

Here’s the thing… I’m not being brave. And I don’t feel courageous, or like I’m putting up a front. I have been diagnosed with a slow progression cancer, and I’m okay with it. Really. I accept the diagnosis … now let’s see what we can do about kicking its tail. And I’ll be talking about it, and posting about it… because through the discussion, it loses a little of its foreboding. And I have nicknamed it Leukemia Lite (which of course then became LK Lite) because now, this is a part (small part) of me.

How am I right now? Tired. And I bruise easily and have been having some muscle spasms. So I curtail my nights a little and actually listen to my body when it says you’re done, take naps when I need them, try to be a bit more cautious because of the bruising, and manage the muscle spasms with quinine. And I am going to ramp up the exercise, because that is one of the best ways to combat the tiredness. Or so I have been told. 🙂 All I know is that I have too much living to do to give in now… and I have way too many books to write.