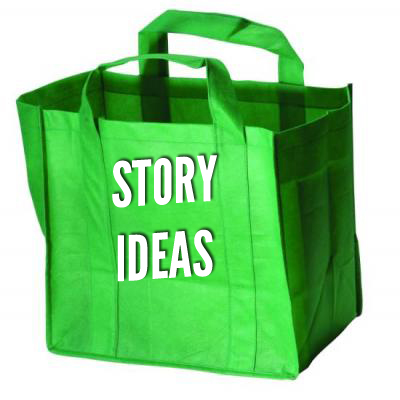 One of the questions that most fiction authors are asked at one point or another is “how did you get the idea for the story?” Sometimes this is a hard question to answer.

The easy answer is: LIFE 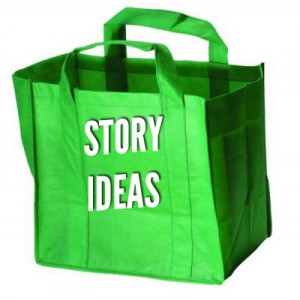 Actually, there are several ways in which an author can come up with an idea for a book.

Through reading or hearing about a current or past event. Maybe you read about a historical event and something about the situation intrigues you and you start imagining characters and how they deal with the events occurring. This can be through newspapers, something you see on TV, or even other books you read.

Visual imagery — You might see a picture that draws your attention and you can start building up a story about what happens in the picture. I still have one book that I haven’t written where I came up with the idea in this very same way. I was visiting a friend’s house and she had a picture on the wall of sketching of two girls and just looking at the picture, I started to imagine the story of what was happening in the life of those two girls. I even knew their names just by looking at the picture (Cassandra and Alexandra). I have jotted down my ideas for this story and one day will get around to writing it.

A setting — I once went to school in Owatonna, Minnesota, and realized that the school I went to would be a great setting for a story. I knew that my main character would be someone who was not used to having any rules enforced, and the school rules were very strict. This story will actually (when I finish it) cover the course of 3 books, because the story that I want to tell with it is too long for one book.

Daydreams — Sometimes your mind wanders off on its own and something you see or hear sparks a line of “what if” thinking or imagining and you realize that when you get through to the end of the “what if” that you have the basis for a story.

Dreams — Believe it or not, the first book I completed writing was the result of a dream that I had. When I woke up from my dream, I knew that I had the making of a story — I knew the beginning, the middle and the end. I didn’t know all of the details of course, but the major points of the story were all there and all I had to do was write it.

Study an author whose books you like. Identify what it is that you like about how they write. It’s also important identify things that you don’t like and know why. It helps you to avoid the same thing in your own work.

Some writers carry a notepad wherever they go so they can jot down ideas as they come up. Or they will keep a journal to at least write something down every day. The more you write, the better you can become.

The internet is like a cornucopia of ideas waiting to be found. Google or Yahoo writing prompts and you will find several exercises to give you ideas. Something like: Start with a character that has an unusual fear. What is the fear? How does the character react when he/she has to face that fear? If you start with an idea like that, you are well on your way to creating a story, as well as character development.

These are just a few of the ways in which you can come up with a story. Can you think of others?