One of my greatest delights while writing 7th Grade Revolution was being able to take a moment that happened at Exploris Middle School and weave it into the story. There were so many moments it was hard to pick and choose which ones I’d be able to get into the story without bloating the beginning part of the book. When I heard that the 8th graders staged a protest over having Goldfish crackers banned, I knew the protest had to be a part of the book, even though not directly related to the revolution going on with the 7th graders. The perfect bit of backdrop scene to flesh out the school. 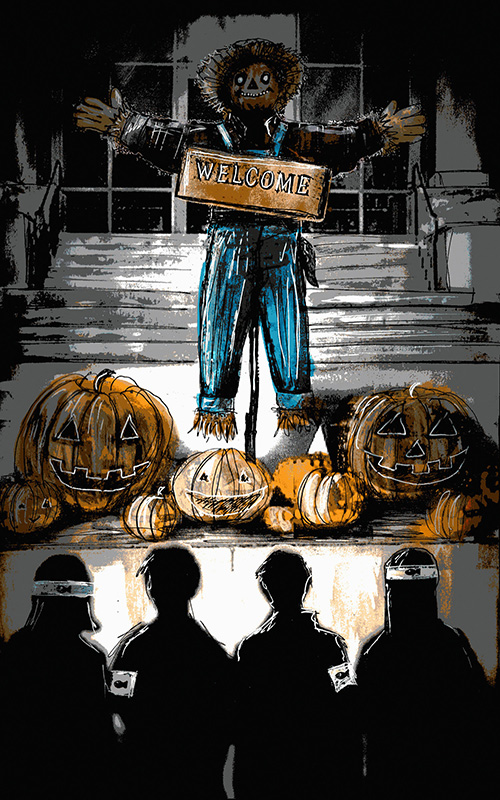 What was happening? The 8th graders had lost the right to eat Goldfish as snacks because of the mess they made and had tried demanding they be able to eat them again — which worked about as well as you might think. Then someone had the brainwave to stage a protest. From 7th Grade Revolution:

Dennis’s eyes widened when Ben dropped him off for school. A congregation of eighth-graders wearing black bands with a gold fish insignia on arms, heads, and wrists marched in front of the school. After he climbed out of the car, he stared, dumbstruck, at the demonstration.
The jack-o’-lanterns lining the front steps and porch along with the overly cheerful scarecrow with the welcome sign were at odds with the black armbands and protest signs stating, “Bring Back the Fish!”

I love the ingenuity used to stage the protest and I liked how Exploris Middle School handled the situation. And it goes to show … in any revolution, there are always splinter groups with a different agenda strategizing to obtain their goals.