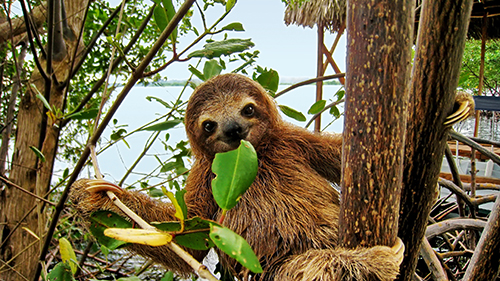 On the face of it, Cryptozoologists* and wildlife conservation scientists** don’t have much in common. Cryptozoology is widely considered a pseudoscience because its enthusiasts don’t follow conventional scientific methods while searching for monsters and mythological creatures, like Nessie and Bigfoot, which are also known as cryptids. Most conservation scientists don’t want to be associated with monsters and monster-hunting, but are they really all that far apart? The aim of the conservationist is to preserve and protect the species we know about, but is that enough? There are over 400 new mammals which have been identified since 1993. How many other species have we yet to identify and describe? 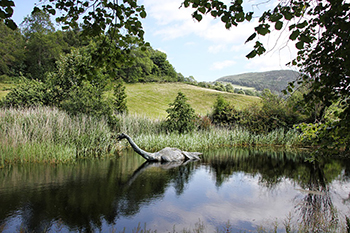 For years, there have been sightings of the Loch Ness Monster in Scotland, and while some of those sightings, including the most famous of them, have been proven as hoaxes, there are enough sightings to at least consider there may be an “unknown” species hanging out in Loch Ness. And scientists have considered whether the monster could be a descendant of the plesiosaur, a discarded theory, but enough to open the door for consideration of a species like it. I’m rather partial to the myth of Nessie because a monster of that ilk becomes part of the mythological fabric in my upcoming Homeless Myths series.

One creature we didn’t know about as a separate species until 2001 is the pygmy three-toed sloth. Sergio, a character in the Timmy and the Golden Lion Tamarin series, is the endangered animal who befriends Luna and helps her deal with her problems. I was fascinated when researching sloths to learn the reason the pygmy sloths are smaller than other types of sloths is because they had to adapt to their environment. The pygmy three-toed sloth is only found in a 4 square kilometer (~2.5 square miles) mangrove forest off of Panama on the Isla Escudo de Veraguas. Deforestation has put the pygmy three-toed sloth on the critically endangered species list and measures are now being taken to build up rather than destroy their habitat.

Without people like the monster-hunting Cryptozoologists who are always searching for hidden animals, would we even know of the existence of the pygmy three-toed sloth? Would it have perished before we were aware it lived at all? Something to think about.

* Cryptozoology is the study of hidden animals with the aim to prove the existence of entities from folklore.
** Conservation is the practice of protecting wild plant and animal species and their habitats. The goal of wildlife conservation is to ensure that nature will be around for future generations to enjoy and also to recognize the importance of wildlife and wilderness for humans and other species alike. Wikipedia