Last week I talked about the tunnel and how it created the school as a post Civil War mansion. Once I knew the era of the house, I knew it had to contain a secret staircase and rooms as well. The first Nancy Drew Mystery book I ever got my hands on was The Hidden Staircase and from that point forward I have been a died-in-the-wool fan of hidden staircases, drawers, rooms, and mysteries. I love the idea of being able to put things in a place no one else knows about.

It made perfect sense for the house to have a hidden staircase because of the personality of the original owner, Silas Tucker. Since he was building at the conclusion of a war, Silas wanted to make sure he had a safe escape route. One no one else knew about. And I’m sure he used it to perplex his nephew Morgan when he came to visit. 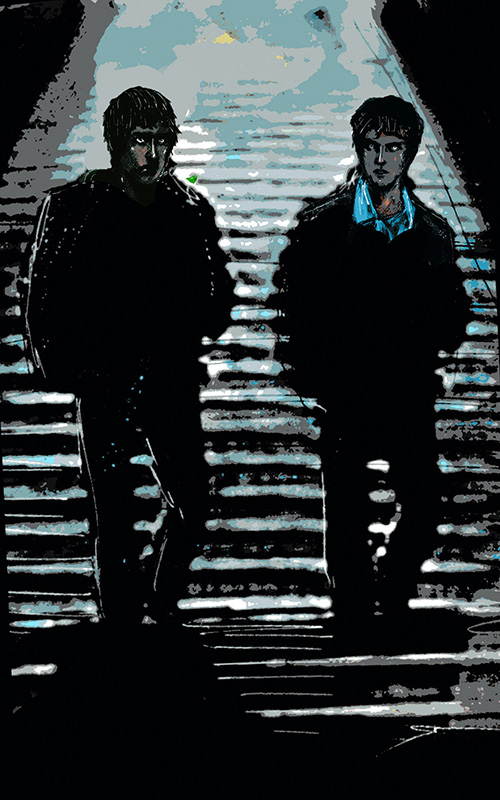 “Find a candle and bring me the matches.” Dennis pulled the flashlight off his carabiner clip and flicked it on. Stairs. Spider web encrusted, but stairs, despite their age.
Trent slid on his knees next to Dennis and handed him a candle and matches. He lit the candle and pushed it through the opening to the end of his reach. The flame burned bright. Trent looked at him with a broad grin and a twinkle in his eye.
Dennis jerked his head toward the table. “Let’s put the stuff in a trash bag and see where this baby takes us.”
While Trent bagged the bottles and matches, Dennis reached through the opening and broke the cobwebs to clear a path. Then he poked his head and shoulders into the passageway. The stairs went both up and down. The darkness and cobwebs made it spooky, but nothing would stop him from going down those stairs.

For signed copies of 7th Grade Revolution or to purchase the playing cards, click the Revolution Merchandise button. 🙂