While the 7th Graders were happy to have found the rumored tunnel, there was one problem — the opening to the tunnel was a good twenty feet above the tunnel floor and there was no easy way to get down there. Even if they jumped and didn’t hurt themselves, the next question was how would they get out? Dennis had an idea, one which might get him caught by the FBI, but he had to risk it. So he left the basement to risk sneaking out to the gardening shed and that’s when he had his epiphany. 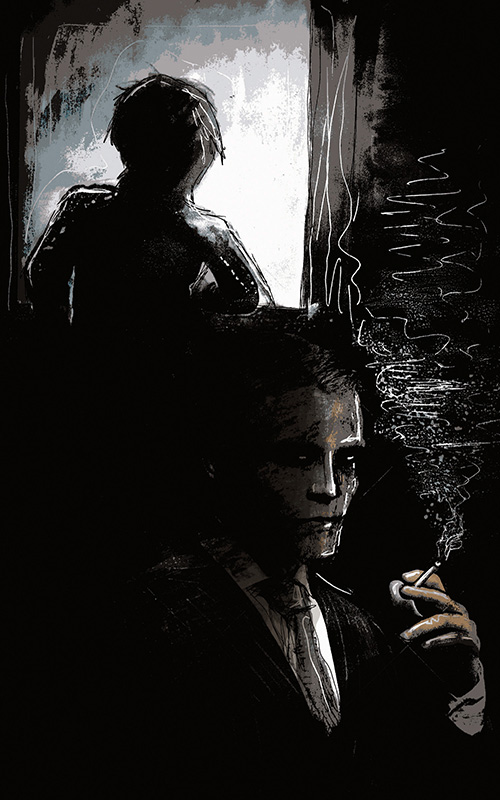 What is an epiphany? One of its definitions is as follows: “a sudden, intuitive perception of or insight into the reality or essential meaning of something, usually initiated by some simple, homely, or commonplace occurrence or experience.” What gave Dennis the insight he needed? His arms hurt from lifting the trap door to the tunnel.

Dennis took a deep breath and cracked the door. He snaked through and rolled across the floor to the windowsill. Heck, he was already filthy; rolling on the floor wouldn’t hurt anything. He craned his head to look out the window and caught a glimpse of dark trousers and a hand holding a half-smoked cigarette. Good to know they weren’t on high alert.
But what if the FBI had someone posted behind the school? He’d never make it. He crawled along the hallway. He hadn’t crawled this much since he was a baby.
How could Silas, who had thought about everything else, forget something so key as a way to get in and out of the tunnel?

For signed copies of 7th Grade Revolution or to purchase the playing cards, click the Revolution Merchandise button. 🙂