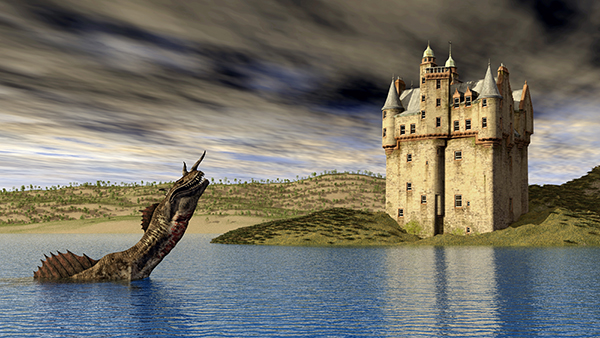 A friend of mine, Elizabeth Isaacs, greets each New Year with a word of intention rather than making resolutions. I’m not, and never have been, a big fan of New Year’s resolutions. Because I don’t believe that I will suddenly make all these changes in my life just because we pull one calendar off the wall and put another one up.

I’m a believer in change through intention and taking things one day at a time. I set goals … I don’t make resolutions because those can be broken, whereas a goal is something you continue to strive toward until you achieve it. But even with that, I couldn’t settle on ONE idea to strive toward in the new year. Until this year. And it’s a phrase I’ll focus on to get me through 2019.

Don’t Mess with the Ness 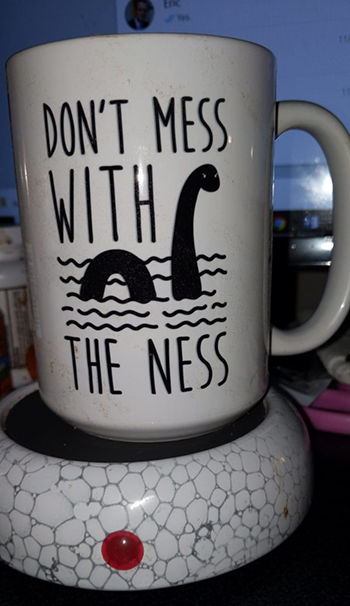 I received this cup for Christmas from my friend, mentor, and agent, Italia Gandolfo. And it is a perfect phrase for me to focus on in 2019. Maybe for life … although Be the Cat! is my lifetime mantra. Why is the phrase so perfect? Well, I happen to be working on a Middle Grade novel where one of the characters is fashioned after Nessie. But for me it goes beyond the character to the whole mythos of the Loch Ness Monster.

The Loch Ness Monster is one of the most debunked myths around, and yet the myth persists. So as someone who deals in worlds that exist only in my head, yet are so real to me, the persistence of the myth is comforting. Nessie stands the test of time — which is my goal for everything I write. And you don’t mess with Nessie … debunk him over here, and he’ll pop up over there thumbing his nose (snout?) at you. Although, I doubt he has any thumbs either … but you get the idea. No matter how many times it has been “proven” he doesn’t exist, he has continued to make appearance after appearance throughout history.

I had read an article based on busting the sentiment you can’t prove a negative and the article author used Nessie as part of their example of destroying the logic — which in my opinion he failed to do. It was an opinon piece and facts were absent. At any rate, his theory was that all we’d have to do to prove there is no Loch Ness Monster was to drain the Loch Ness. He does have a point.

IF the Loch Ness were drained AND no monster was found, we might conclude the monster doesn’t exist … but I’m not sure that would rate as iron-clad proof either. Because with as many years as there have been sightings of Nessie, there also have been periods of time where there were no sightings. Wouldn’t it be a logical presumption that the monster might reside in the Loch Ness for some of the time, but not all the time?

Now, I’m not arguing for the existence or not of a specific Loch Ness monster, but more that the idea is still possible that one might exist. Where there is the remotest possibility, then there is hope … and hope and faith together is a potent combination. The type of thing that can move mountains. But how does this tie to the year ahead?

2018 had some very good moments, but 2019 is going to be even better. During 2018, I made strides health-wise to be stronger and while I’m still a long way from where I want to be, I’m moving forward. Same with my writing. Little baby steps at a time is what is going to get me to where I want to be, and I have hope, no matter what the actual probability is, that I will achieve my goals, and I am moving forward in faith that I am on the right path and doing my life’s work. So don’t tell me probabilities or statistics — don’t try to sway me with facts.

Unless you’ve drained not only the Loch Ness and the rest of the Lochs and other bodies of water around the world, there is still a possibility, however improbable, Nessie exists. And if the possibility exists, then there is hope, and I will believe I will get stronger, healthier, and the path I’m on will take me to the destination I desire.

10 Comments on “Don’t Mess with the Ness”