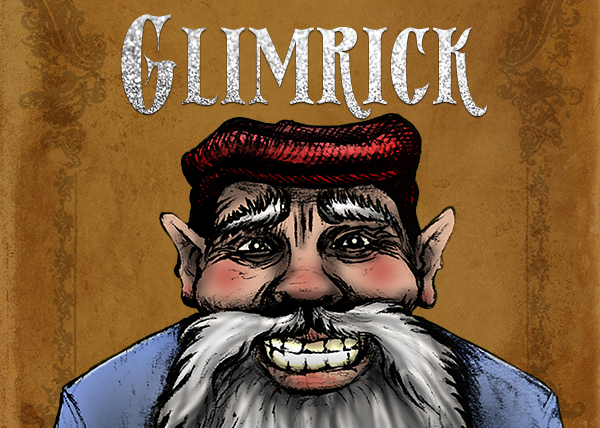 As a writer, I am always being surprised by my characters. They never conform completely to any outline I put down. When I wrote The Journal of Angela Ashby I broke from my normal writing routine and didn’t use an outline, so when the gnome first showed up and went away again, I thought he was gone forever from the story, and that the only magical being to stick around was the farting fairy, Tatiana.

After the gnome appeared in the story and vanished, having served his purpose, I missed him a bit, but he had served his purpose … which was to prove that Angela’s journal could make things happen. Even if not possible. So imagine my surprise when he suddenly pops out of the bushes again to wave at Angela, when she hadn’t written a thing in her journal. Glimrick’s re-arrival in the story took it in an entirely new direction and I was so glad. Now I cannot even imagine the story without him. And it led me to find an answer to one of the questions I knew I had to answer by the end of the story, but had no idea how I was going to do so. 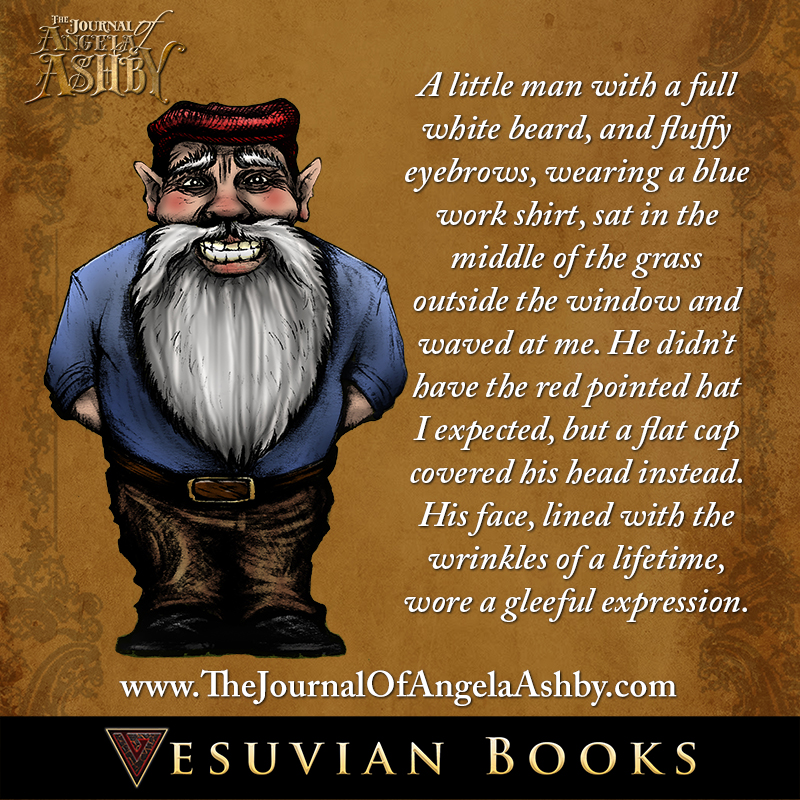 For me, writing without an outline was a good exercise. I had become too entrenched in this is the way I must write and was in danger of stifling the voices of my characters … because let’s face it, at heart I’m a bit of a control freak. So the lesson of Glimrick was to let my characters lead the way, and by doing so I will have the story I was meant to write. Do I still outline stories? Yes, but perhaps in a less restrictive manner.

The illustration is by the fabulous Sam Shearon who illustrated not only the cover for The Journal of Angela Ashby but created 13 images for a set of playing cards based on the book. He plucked the image of the gnome out of my head and brought it to life on the page.

A little man with a full white beard, and fluffy eyebrows, wearing a blue work shirt, sat in the middle of the grass outside the window and waved at me. He didn’t have the red pointed hat I expected, but a flat cap covered his head instead. His face, lined with the wrinkles of a lifetime, wore a gleeful expression.

4 Comments on “The Journal of Angela Ashby: Glimrick, the Gnome”