When I started writing 7th Grade Revolution, I knew I’d be working with an ensemble, so it took me a bit to get to know some of the characters. I knew Dennis and Rhonda right away, but the one who made himself known next was Spencer Jackson. Spencer is the kid in every class who is quick with a comeback, has a sharp wit, and prefers to be the pot stirrer. He immediately rose up as Rhonda’s nemesis — the one who picked on her mercilessly. 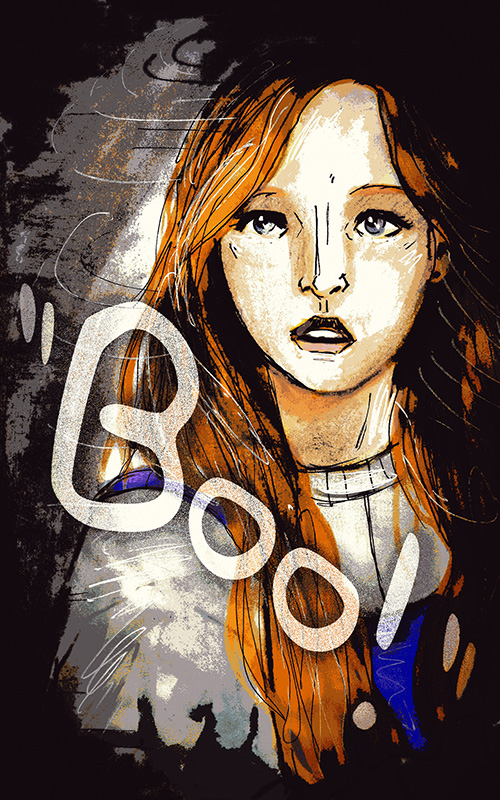 When the kids discovered the secret tunnel which had been the source of rumors for years, they had to decide who would be part of the delegation to go into the tunnel in search of the “treasure” … and Rhonda was certain of one thing, Spencer wouldn’t be a part of the crew.

Dennis scowled. Someone had come into the tunnel after them, and he had a good idea who. He turned off the flashlight and plunged the tunnel behind into darkness once more.
“Stay with the group, Maddie.” He trailed his fingers against the wall to keep from running into it. He moved with stealth-like steps toward the noise source. When the torch in the distance dimmed, Dennis stopped and waited.
Closing his eyes, he listened as hard as he could for their approach. Spencer was about to get punked. Too bad he didn’t have an infrared video camera handy. He heard footsteps and smiled; another couple seconds.
He inhaled deeply. “Boo.” His voice sounded deep and menacing as it rumbled through the tunnel.
Spencer gave a frightened yell and Brooke screamed.

Yep. Spencer decided he wasn’t going to be left behind, and he brought Brooke along for good measure. Though still quick with a joke and a healthy heaping of sarcasm, Spencer showed he was just as serious as the rest of the group about keeping the FBI out of their school.