At some point in life, we reach the stage where we gain a true appreciation for the little things or events in life. While some of the big things in life give us good memories to hang on to, it is the small things in the day to day grind that help elevate our mood and make our heart sing.

Back when I initially wrote The Journal of Angela Ashby it was missing one of the characters of the finished version. When my agent, Italia Gandolfo, and I were discussing the illustrations we were commissioning from Mister Sam Shearon, she said, “What about the cat? The fortune-teller would have a spooky cat slinking around.” 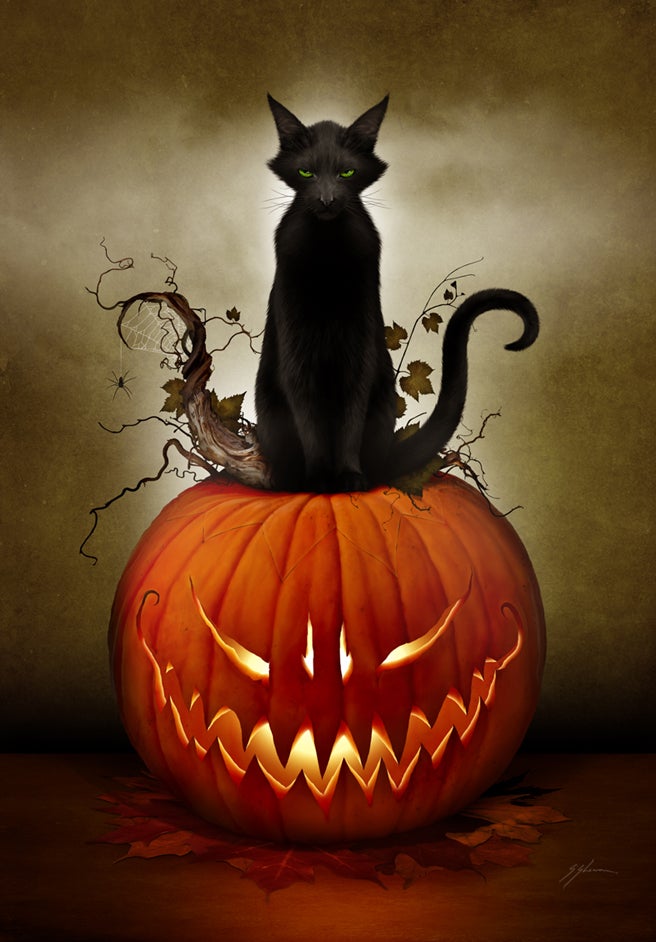 Sam had recently created the Cat O’ Lantern image, which is absolutely fantastic, so we added cat to the list of images, and I did another revision on the book to add a cat.

The black curtain moved and something small and low to the ground streaked out.
Mallory yelped.
I followed its progress until it stopped near the tent siding, just out of the ray of light.
“It’s okay, Mal.” I nudged her arm. “Look, it’s just a black cat.”
The cat sat and stared at us through amber-colored eyes, unmoving except a rhythmic twitch of the end of its tail.

Once the cat was on the page in the fortune-teller’s tent it became one of my favorite characters in the book, popping up when you least expected it to. Ultimately, the cat became a manifestation of Angela’s conscience. I had a lot of fun adding the cat, Malachite, into the story.

Sam gave us an absolutely wonderful cover, spooky fortune-teller, ratty old tent, and all. But when we decided to add Angela to the front, I mentioned wanting the cat on the cover. 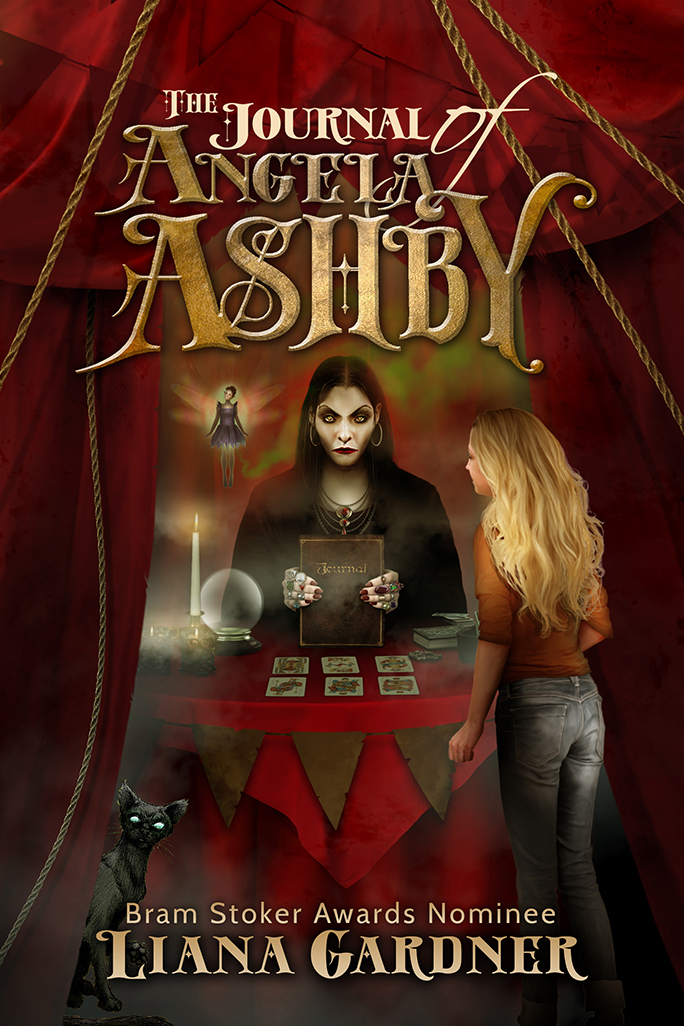 Italia nixed the idea of the cat because she didn’t want the cover to get too cluttered. And we left it at that … until now.

I don’t even remember what first prompted me to put the cat on the cover. I often work in photoshop creating images for different things, so it might have been for the Amazon exclusive hardcover version we just released, but once Italia saw the cat popping its head out from behind the tent curtain, she loved it. So just like the cat in the book, it has been popping up in everything I have been creating for Angela of late.

it is now in the header of the AngelaAshby.com site. My publisher also posted new images to the Amazon product page.

The cat being a part of the art for The Journal of Angela Ashby is not an earth-shattering event. In the grand scheme of things it is not even a speck on the timeline of life. But it makes me incredibly happy to see those wickedly eerie eyes staring out at the world. It looks so right. It is a decidedly small thing, but it makes me smile and improves my day when I see the cover image or any of the other artwork including it, so the happiness it brings gives it a value beyond gold.

And maybe … just maybe, it can be the conscience, or reminder to act with intention, for someone other than Angela. And that will be a huge thing indeed.