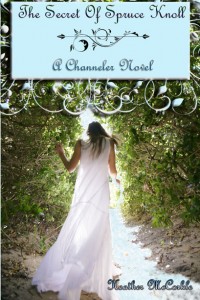 Some of you may recall the Tour of Secrets in August to celebrate the launch of Heather McCorkle’s novel, The Secret of Spruce Knoll, well, she’s at it again.

A special edition of Heather McCorkle’s The Secret Of Spruce Knoll is releasing from Compass Press this month and she’s doing a special tour to go along with it. The special part, a percentage of the proceeds from every special edition sold (in every format) between its release date and 12-12-2012, will go toward Heather’s favorite charity that protects endangered species. Her goal is to make at least $10,000 for the charity.

Of course there are prizes during the tour which goes from December 1st through the 17th. Prizes include a symbolic endangered species adoption of the winner’s choice (a $50 donation by Heather to the charity for the endangered species of the winner’s choice, and cute stuffed animal for the winner!), signed copies of her novels and great swag. For full details, and to enter, go here. http://heathermccorkle.blogspot.com 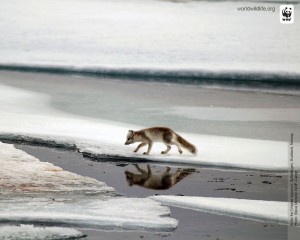 For the tour Heather has asked each blog host to pick their favorite endangered species and she will tell us a fun or interesting fact about that animal. And I selected the arctic fox — who could resist this little guy?

Heather: The arctic fox has such amazing hearing that it can actually hear its prey beneath the snow. Sadly, they are losing their territory to the larger red fox, which is now unchecked due to the fact that their major predator, the gray wolf, has been hunted near to extinction in the arctic.

Where can you get one of these special edition books which will help protect endangered species? Amazon or Barnes and Noble. Just click the links. Go ahead, you know you want to.