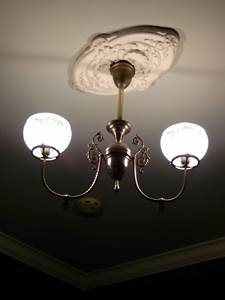 I have been accused of being a workaholic… and even I have to admit there is a kernel of truth in that statement. Between having the more-than-full-time day job and writing and editing in every “spare” moment I can find, taking time off is something of a foreign concept. Vacations from the day job are made with accomplishment of writing tasks in mind or taken for the purpose of attending a writing conference. Add to my being a workaholic the fact that my husband has been working nonstop for the past few months and not having taken one day of vacation time in the past four years, and you’ll understand when my mom mentioned she and her husband wouldn’t be able to use their time share in San Francisco, I jumped at the opportunity. We all need a little time to relax every once in a while.

The day finally came and hubs and I took off for San Francisco, destination: Nob Hill Inn. Despite a slight delay in flight departure due to fog in San Francisco, our trip got off to a smooth start. We arrived too early for check in, dropped our bags off and started exploring the city. After a good lunch, we returned to the hotel, both of us ready for a nap — the result of a late night followed by a 4 AM wake up call.

We brought our luggage up, and hubs started the process of unpacking. I unpacked the laptop after taking a few pictures of our quaint room. I don’t even remember why, but at some point during the unpacking process, I sat down on the edge of the bed, hubs and I still carrying on the conversation we were having. Then I had a sensation that made me think I might have a migraine starting to trigger. I saw flashing lights.

Then I realized, I wasn’t getting ready to go into the land of never-ending head pounding, but that the overhead light was actually flickering. I brought hubs attention to it, thinking we might have to let the front desk know there was a short in the light. It was either a short in the light OR we have a ghostly visitor or two. As I watched the light, the flickering became more manic… like it was trying to convey a message through Morse code. When I looked at hubs, it stopped flickering for a few moments, so he decided to ask if there were spirits in the room with us.

It flickered twice as soon as he finished asking the question. I laughed. They were happy to tell us they were there and to have us recognize their presence. The flickering started again, and since there was nothing to be done about it, and I had to finish up the unpacking, I rose from the bed. The flickering stopped. At that point, I turned the light off because we desperately needed a little shut eye.

After rising, we went back out and wandered around some more, getting our bearings and enjoying the cool breeze after the blistering heat we left behind. When we returned, we turned the light on again and I was prepared to turn it off and use the table lamps should the light start flickering again, because eventually the pulsing light would cause a headache and since this is vacation, I’d love to not have a headache for the duration. The light has remained steady as if it had never flickered in its life. We tried having me sit on the end of the bed again, but I told hubs I didn’t think they were with us. I did a search and yes, Nob Hill Inn is listed as one of the haunted properties in the San Francisco area, with jovial spirits. I expect since they greeted us so soon into our visit that they will be back to have some more fun.

And there you have the beginning of our vacation. Hubs insists spirits follow me wherever I go… I just tell him I can’t travel without my characters. 😉

2 Comments on “Destination Nob Hill and a Ghostly Prank”