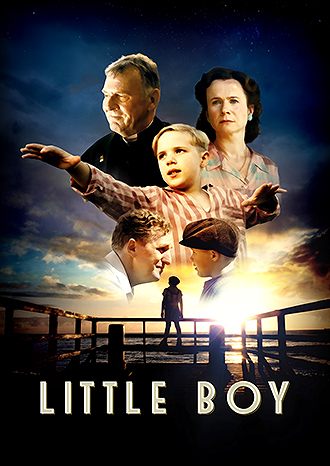 A couple nights ago, I took a rare moment and watched a movie. Not something I have an opportunity to do very often because I’m juggling so many different things, but it had been a rough week and I needed to decompress a bit. I chose Little Boy, which is set in World War II times, and is primarily about a father, sent to war, and his son’s belief that by doing specific things as given to him in a list by his priest, and believing enough, he will be able to bring his father home. While this is a Christian-themed film, what the overriding theme boils down to is faith. After a sermon where the verse talked about having the faith of a mustard seed (Matthew 17:20 “You don’t have enough faith,” Jesus told them. “I tell you the truth, if you had faith even as small as a mustard seed, you could say to this mountain, ‘Move from here to there,’ and it would move. Nothing would be impossible.”), Pepper asked Father Oliver “How can I get bigger faith?” And Father Oliver pulled out the secret ancient list:

I’m not going to get all spoilery, but the movie got me to thinking about faith and having the faith that can move a mountain … which requires the banishment of all doubt. Having the faith of a mustard seed, or that of a small boy who BELIEVES. How many of us are walking around not doing things because we lack the belief in ourselves to do it? How many of us give up after trying a few times because obviously it was not meant to be?

Before Pepper’s father went off to war, the movie did a brilliant job of taking the viewer into the imagination of an eight-year-old boy, where he and his father acted out adventures in the old west, on the high seas, and more, and when the situation became dire, his father would shout, “Do you believe you can do this, partner?”

The question made me smile. While the writing itself is a solitary endeavor for the most part, it takes many, many people to help polish up the work, and those who have someone in their corner egging them on are blessed. We need that someone. And now that my best friend and I are in the midst of starting a business in this industry, the question becomes even more pertinent. Together we have to move that mountain to make sure everything aligns to get the business off the ground. And we’re doing it … one step at a time. Before we took the leap, she asked me the all important question, “Do you believe we can do this?”

I believe we can. And I truly do. Giving up is not an option.

What do you believe in?