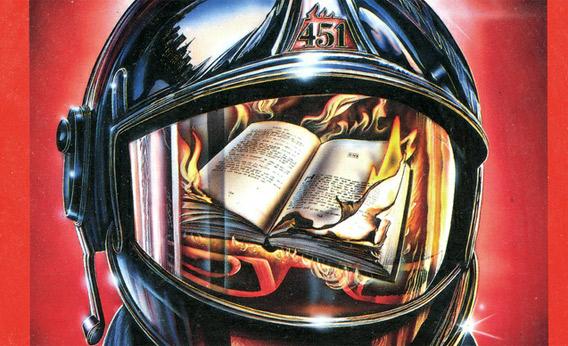 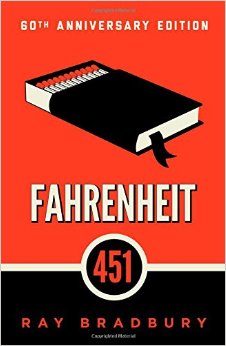 I recently read a Time article about a response to a school permission slip by Daniel Radosh, writer for the Daily Show. His son Milo had to obtain permission to read Ray Bradbury’s Farenheit 451 for his ELA book club. Daniel’s response raises the question of the permission slip being the first step along the road toward censorship, the issue at the heart of Bradbury’s book. What does asking permission to read teach kids about books? Some may have things inside to be feared? If there is something to be feared, does that make it evil? Radosh took the tack that the permission slip was issued to help teach kids how insidious censorship can be … how it can slip in under a seemingly harmless guise and ultimately could lead to the dystopian world Bradbury wrote about, where books were burned to protect the people from the ideas they contained.

In my Junior year of high school, I had to obtain a permission slip to read Joseph Heller’s Catch-22 and the teacher warned up front that very few who started the book ever finished it. I distinctly remember my jumble of emotions from that time. First, I knew, without a doubt, my permission slip would be returned signed. My parents believed in my reading as widely as I could. In fact, my dad had the book already and told me good luck because he couldn’t get through it. I’ll admit to a little flutter of worry over that one. My dad loved reading about World War II, or really war books of any kind, and at the time was on a John le Carré binge. All I knew about the book was it was set during the war, and I am not a fan of reading gore, so wondered whether the war scenes were graphic and that were the reason for the permission slip and why people couldn’t finish. But if my DAD couldn’t finish a war book … maybe I didn’t want the permission slip signed after all.

There was, of course, an alternate text for those who did not receive permission to read Catch-22, although I don’t remember what it was — probably The Scarlet Letter as it so often is the alternate. Even at that age I questioned the need for the permission slip. How beneficial was it for the class to be reviewing two different texts simultaneously? Especially when the majority of the class was reading one. And how would it feel to be one of the kids who DIDN’T receive permission to read the book their peers were ALL reading?

There were three students in the class who did not receive permission to read the book. What I remember from that? The silence. At a time when you’re desperately trying to fit in and be part of a group, these three were segregated. They were forced to sit through several hours of discussion where the entire rest of the class discussed a topic they weren’t privy to. They had no voice. While not overtly shunned, they were shunned through exclusion — mere ghosts in the class, forced to attend, while we went through the course of reading and discussion over a book they were not allowed to read. A definite DOWN side to the permission slip coin.

And what did reading Catch-22 do for me? I consumed that book. I finished it in a little over a day because I enjoyed the read so much and became a confirmed fan of Joseph Heller’s work. At my first opportunity, I went out and bought another of his books because that is what fans do. 🙂

The permission slip and response are pictured below. (Click the image to enlarge) 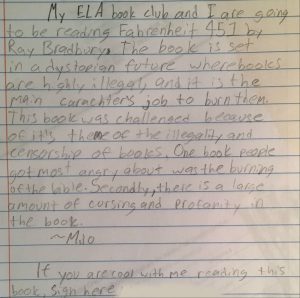