There are some points in 7th Grade Revolution where the story may become a little fantastical … which is as it was intended. Because it makes it a fun read. But nothing stretches the bounds of credibility as much as a single moment I wrote into the story. As I mentioned last week in my post about The Dungeon, the entire 7th Grade trooped down to the basement to have a secret ballot vote and things got a bit noisy. In this moment, they have concluded their vote and are on their way back to the breakout rooms to discuss more of the policies for running the school. 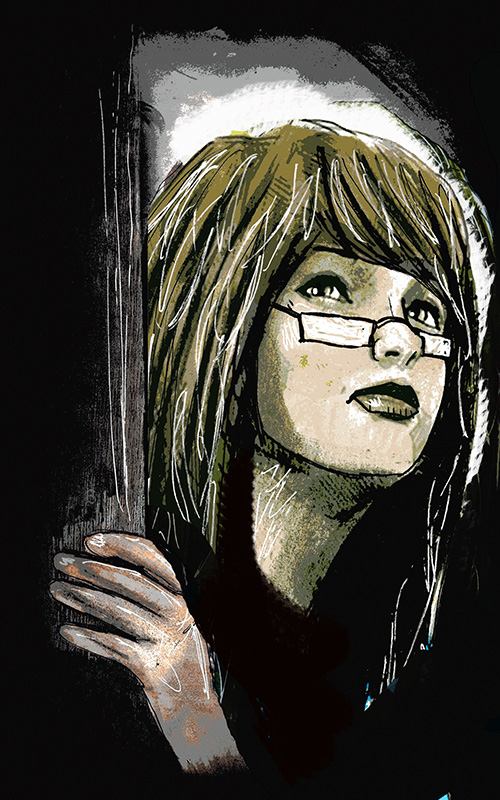 When the kids leave the Dungeon, I feel like Rod Serling should walk out and say, “Imagine if you will, a hallway full of 7th Graders who are silent … You have now entered the Twilight Zone.” There you have it … the moment stretching the bounds of credibility. The scene just prior to the quiet hallway from 7th Grade Revolution

After they had voted on all the issues, Maddie called for a short break. They’d go back to their groups to discuss the suggestions without a clear majority. Being pushed from behind, Rhonda nearly tripped again as they left the Dungeon. She scurried up the steps and cracked open the door to the hall.
Prickles ran up her arms. Something wasn’t right.
Despite the noise her classmates made behind her, the school felt too quiet. She closed the door again.
Spencer glared at her. “What’s holding you up, Snot Rag? Hafta sneeze?”
Rhonda’s face burned — a combination of suppressed fury and embarrassment because she couldn’t explain. “Um.” She cleared her throat and spoke louder. “There’s something weird out there.” She’d never hear the end of it if she was wrong.