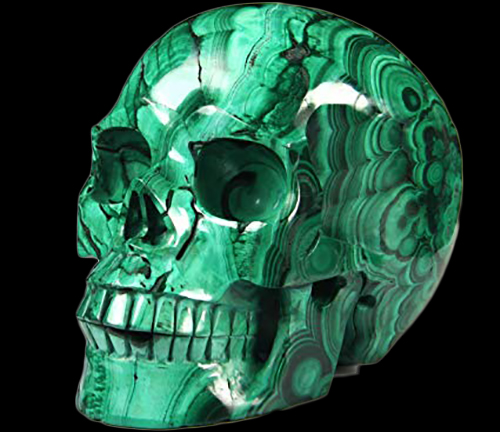 When Angela and her best friend, Mallory, visit the fortune-teller tent, Madame Vadoma gives each of them a gift. While Angela receives the journal, Mallory is given a malachite skull. In the first draft of The Journal of Angela Ashby the malachite skull was simply referred to as a crystal. And as the book went through the revision process, the lack of specificity for the crystal began to bug me. Madame Vadoma had given Angela a very specific gift for specific reasons, so it followed that her gift to Mallory must have some meaning beyond general crystal/healing lore.

Mallory, being the character she is, had to research the purpose of the crystal … what its healing properties were.

“Anyway, malachite has been used for thousands of years for healing, protection, drawing out negative emotions, and clarifying intention.” She ticked the uses off on her fingers. “I’m sure that’s why Madame Vadoma gave it to me.”
“What’s why?” I didn’t see how that explained anything.
“She gave you the journal for a reason. I’m not sure what that is yet, but she must have known you’d need some help, especially with intention.” She settled her glasses firmly on her nose. “Like with the frogs … It’s also supposed to help with shyness and timidity.”

The frogs Mallory is referring to were accidentially released, but that is a post for another time … 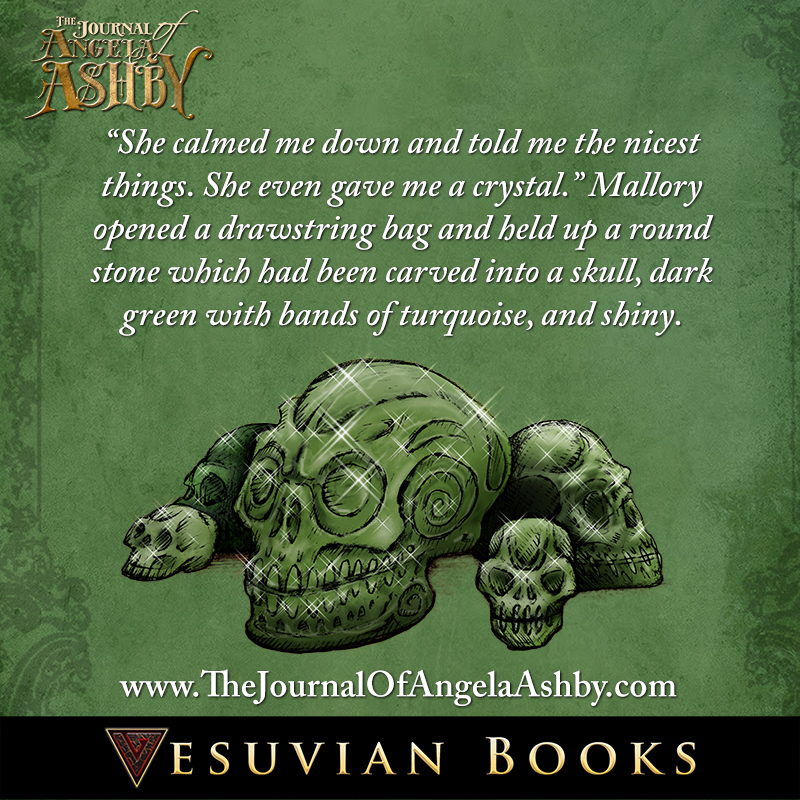 “She calmed me down and told me the nicest things. She even gave me a crystal.” She opened the drawstring bag and held up a round stone which had been carved into a skull, dark green with bands of turquoise, and shiny.

Whether you believe it the properties of crystals to help calm, provide better focus, influence your behavior or life — or whether you only believe in its ability to make food taste better (table salt, which is a crystal made up of sodium and chlorine ions arranged in a lattice) or make your computer run (computer chips are made from crystals—a lattice of silicon atoms), crystals are a part of our daily lives. So why a crystal skull?

Some associate a skull as being a symbol of death or dying. Look at Sugar Skulls and their association with Día de Muertos (Day of the Dead) — and the symbolism inherent of both death and rebirth. But some view crystal skulls as a means to awaken human consciousness and include self-awareness and creating balance. Besides, they are simply cool.

In The Journal of Angela Ashby you’ll find illustrations by the fabulous Mister Sam Shearon and the illustrations have been made into a pack of playing cards which can be purchased here. 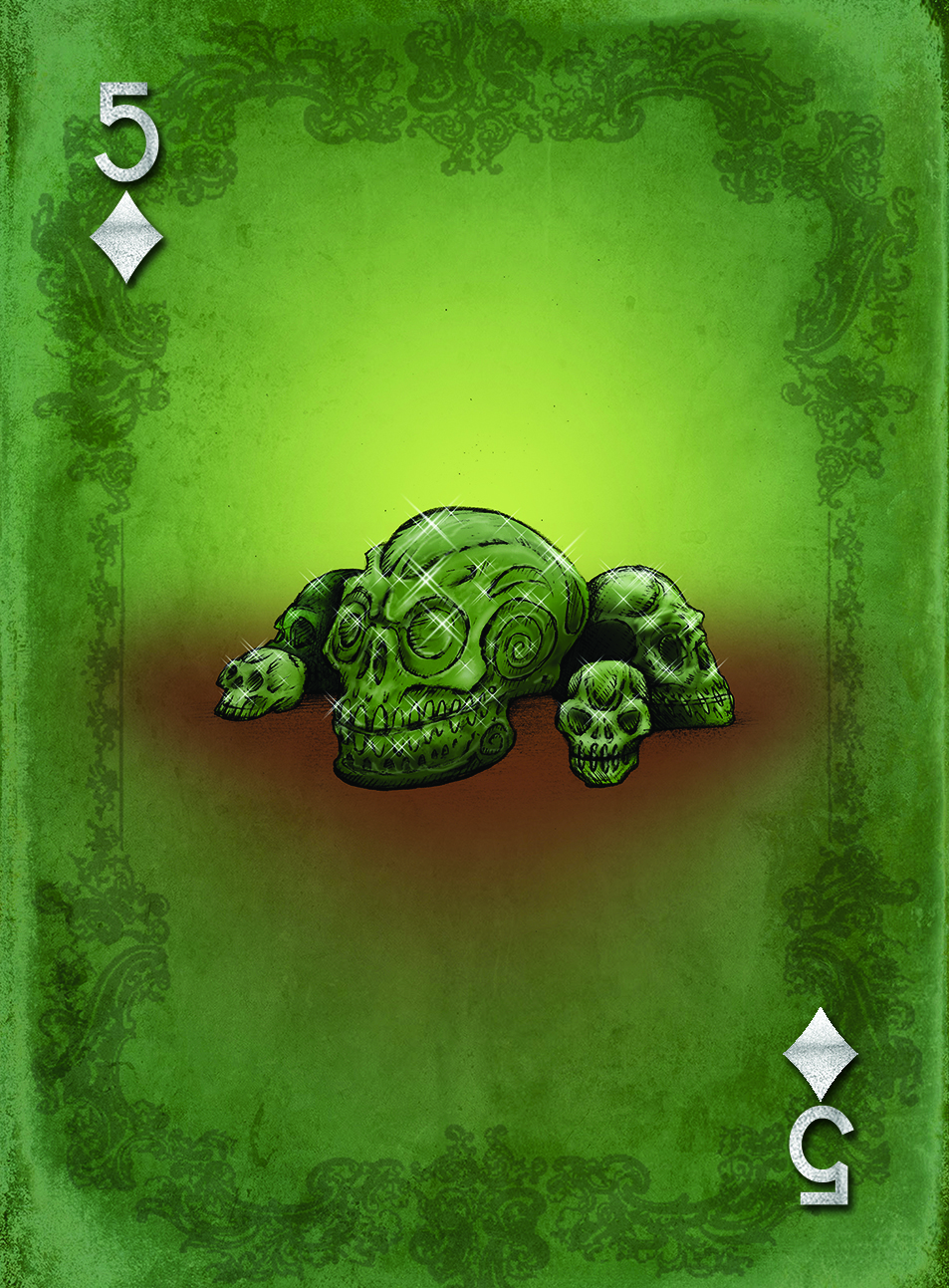 2 Comments on “The Journal of Angela Ashby: The Malachite Skull”