Last week I talked about head hopping and why we shouldn’t and I mentioned the omniscient POV (Point of View) as not being a part of the discussion. Head hopping means jumping from character to character and changing viewpoint. Omniscient is an unseen/unknown narrator who knows what everyone is thinking or feeling. I had the following question asked of me, and decided to blog my response.

This is just a general question. Why is it not acceptable to write my novel in third person omniscient where I know all the thoughts, actions and feelings of all my characters? I majored in literature and spent a lot of time on the classics and was wondering why modern texts don’t use the technique?

Omniscient is the God POV where the narrator is on the outside of the action and can see all and know all. Like they are standing atop a mountain and looking down at the action below. 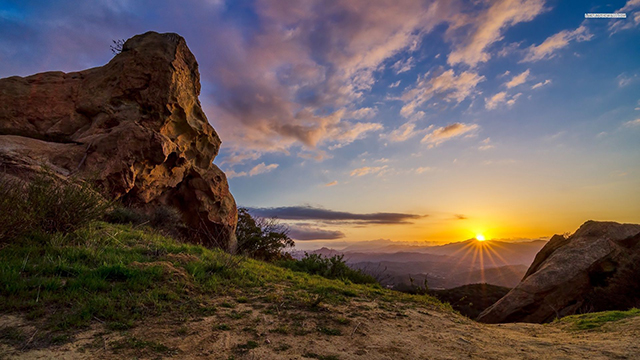 Studying the classics is fabulous because they give you a background in understanding the nuts and bolts of writing techniques and layering of the craft. Much like if you’re a filmmaker, your studies are incomplete unless you study black and white films. But now that we have the ability and knowledge of how to make films in color (and the advances that have come throughout the years of refining it), the choice is rarely to throw back to the “old days” and film in 100% black and white. And even if someone does make a black and white film today for effect, they are still piggybacking on the advances and enhancements made in the world of color to do so.

But were Charles Dickens or Emily Bronte to turn in one of their works today, it would be summarily rejected. What we would want is something that gives us the flavor of Oliver Twist or Wuthering Heights, but certainly NOT those actual texts.

Not only has the craft of writing advanced since those were written, so has the taste, attention span, and understanding of the reader. Going back to my black and white film example, once we added color to film we brought an entire world of richness to the work that black and white simply doesn’t have. There is a depth of detail that was lacking in the older films and makes the experience “more real” if you will, to the moviegoer. Black and white can be used for effect for a specific purpose, and once we had the ability to use color, it did become an effect. Most notably perhaps in The Wizard of Oz where Kansas was black and white and the world of Oz was in “living color”.

So the classics used omniscient 3rd person, they had long descriptive passages, the TOLD the story to the reader, and generally had long chapters. Why have we made changes in what is accepted in books? Because the reader’s tastes have changed. The act of reading itself has evolved over time. When the classics were written, there were fewer distractions and fewer things available to occupy the time of the reader. Life was lived at a different pace. Television with it’s commercial breaks every 20 minutes didn’t exist, so the attention span of the reader had not yet been modified. Truth of the matter is that we generally have shorter chapters now because we don’t want the reader to stop in the middle of a chapter. There is the potential that we could lose them.

And reader’s have demanded to know MORE about our characters. Omniscient POV while giving the reader more thoughts and feelings from ALL of the characters keeps the reader’s at arms length because they never fully are able to sink into the skin of one particular character. And omniscient POV invites more “telling” to the reader vs. allowing the reader to experience because it automatically creates a distance. In today’s world, the reader wants to be able to crawl inside the skin of the character and experience what is going on from their perspective, they want to identify with that character. Hence the utilization of 1st person, which has become the popular go-to for Young Adult. In Adult writing, we don’t necessarily have to use 1st person, but is more geared to the use of 3rd person limited because they don’t want to get ripped out of the view point all the time and jump from head to head.

While omniscient viewpoint can be used at times for effect, much like black and white in film today, it is generally frowned upon for the entirety of the work because it is a weaker more distant viewpoint. Our intent is to grab the reader and bring them in close. You cannot do that with the omniscient POV.