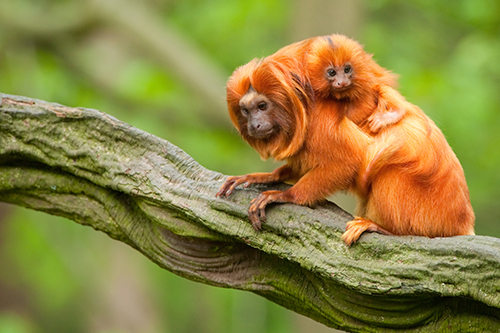 Over the past little bit, I’ve posted about how eating the right chocolate can help save the mouse lemur and how Cryptozoologists in their search for cryptids can help identify hitherto unknown species, like the pygmy three-toed sloth … so I’d like to share some exciting things happening to help save the golden lion tamarin and several other endangered species. 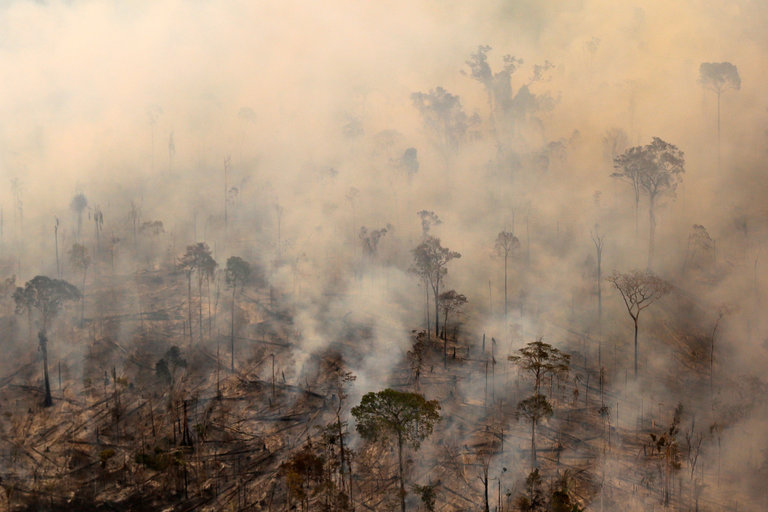 Deforestation is one of the largest contributors to the decline of wildlife species — whether the forest land is burned or is cut down for commercial use, or to create farms and roads. In the 80s ecologist Thomas Lovejoy conducted an experiment in Brazil’s Amazon rain forest by asking the loggers to leave patches of untouched forest for the animals to live in. The problem was that the smaller isolated patches didn’t prevent decline of the species. Animals in the isolated patches are more prone to disease and are unable to handle the climate fluctuations as well. Some ecologists have decided to put Lovejoy’s experiment in reverse and instead of creating the patches of forest, plant wildlife corridors connecting the patches together.

I love the idea of the connecting corridors, which will be approximately six-tenths of a mile wide, and researchers have already identified where 20 such corridors can be built. When I think of it from a bird’s eye view (a very high flying bird) it would be like looking down at a maze. The corridors won’t stave off extinction of the species, but they may slow the demise enough for larger areas of forest to be repopulated. The golden lion tamarins have already started using the corridor created in the Atlantic Forest north of Rio de Janeiro.

My character Timmy would absolutely love this project, and he and Rin would want to fly off to Rio de Janeiro to help with the planting. Timmy would be planting industriously while Rin ran down the corridor giggling and calling out to all his new friends.